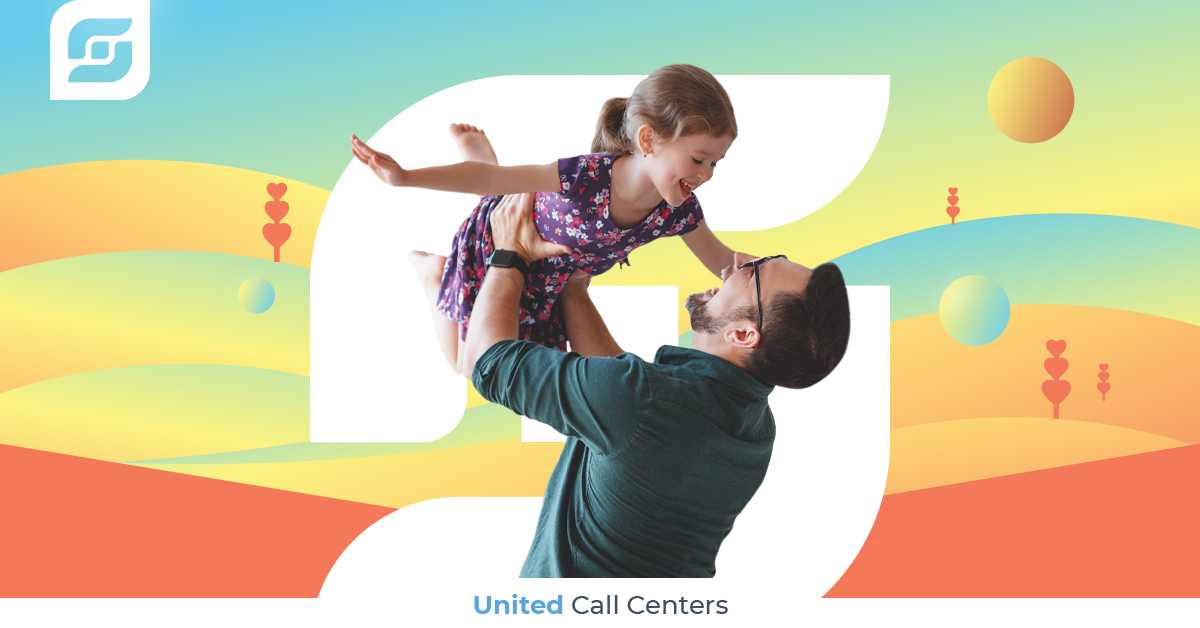 Children's Day is celebrated in more than sixty countries in late May and early June. To mark the occasion, we've asked our staff to share some of their favourite stories, as the combination of children and work can be the source of many a funny or instructive situation. With this compilation, we wish happiness and good health to children and adults, colleagues and clients alike.

"I once had to stop taking my son to the kindergarten because his nose was running a little. We didn't stay in the home office because then it would have been just the two of us and I wouldn't have been able to work with him. I took him to the office, where whoever could take care of him while I worked. He was given hot chocolate, he was drawn to, he watched a cartoon, our cleaning lady gave him supplies for building a bunker, and when he was sleepy after lunch he went to sleep in the hut we had made for him under one of the stalls. That was the end of the day at the office. That's (also) why I love UCC, because it's a family-friendly workplace, and for us moms with young kids, that's what matters most."

Our staff member's child's reaction after a long day:
"Mom! You are so smart to be able to say so much."

"When I was working from home, my little girl liked to put my headset on her head as if she was working, and after a while, she knew my introductory text by heart. Once, at the end of a working day, she asked, 'Mum, do you really get paid for this?' "

"At first, my little boy couldn't understand that just because Mum was talking didn't mean he could talk. Once a client kindly remarked on the call, 'Oh, what a cute little girl!' I said thank you, but he's a little boy, to which my son from across the room indignantly informed me that he's not a little boy, he's a big boy, aged 5 already! Since then, I have managed to get him to obey the rule that he can only speak after Mum says 'Bye-bye!' and then he counts to ten."

"My little girl doesn't talk when I don't, but she talks when I do. This is a bad combination for meetings."

"My youngest daughter has a weak immune system, which makes her get sick quite often. I could not work full time because of that, as I would have to be home with her 2-4 days at a time after every 2-3 weeks every time she got sick. I could not have a full-time job and have many days off at the same time. We were on a tight budget with only my husband being the source of income. Now I can work, stay home with her (when sick) and get my kids everything they want and need. I am really grateful for this job."

"One day I was working and I heard my three older kids running after my two-year-old, my two year old had found out I was just around the corner in another room and ran and opened the door and screamed 'mama' as my three oldest ones took him out of the room. Since then every day I can hear my kids telling him, mama is working and we may not disturb her as my two-year-old stands in front of my door and knocks and whispers 'mama'."

"My daughter was at home with me for several months during the Covid pandemic. While I was at work, she once unpacked all of her toys completely - as usual for a child of that age, she was playing with everything at the same time. During my breaks, I would look back and all I could see was expanding chaos.  From the next day on, I put a blanket in the room so that after work, I could pack away all the toys, if not him, in one go."

"Although it wasn't with a child, but my husband sneezed a huge sneeze and the client on the line said: 'Get well soon, sir!' "

"When the whole company was working from a home office because of the epidemic situation, I had a lot of training for my children in the background, and I had a partner who was working with children's education, so after I had gone through the campaign telling my colleagues what they were all about, how cool they were, what great facilities and services they offered, my big son came up to me and said, 'Mum, could I enroll too?' So with the training, I sold the service to my own boy! But there were also times when I was sitting at home with my little laptop and I noticed that after a while they all gathered around me - the older one was sitting with the other laptop in the digital training and the little one brought the toy notebook. We sat in rows at the table, each doing our own 'work'. It must have been really cool to see someone look in the room and see everyone working hard!"

"One weekday my daughter was home for some reason. She learned a long time ago not to talk when daddy was at work, so I let her play in the room while I did my daily tasks. During an extended brainstorming session, I became aware of an ever-expanding dark spot forming at the periphery of my field of vision, but I didn't realize what was happening until I left the conversation after well over an hour. My child had shoveled all the soil out of the vase of a larger houseplant during the meeting, turning several square meters of ribbon flooring into a black ploughland. It was a really unwanted surprise - I shouted so loudly that even the neighbor's children spitted out the apple juice I think."