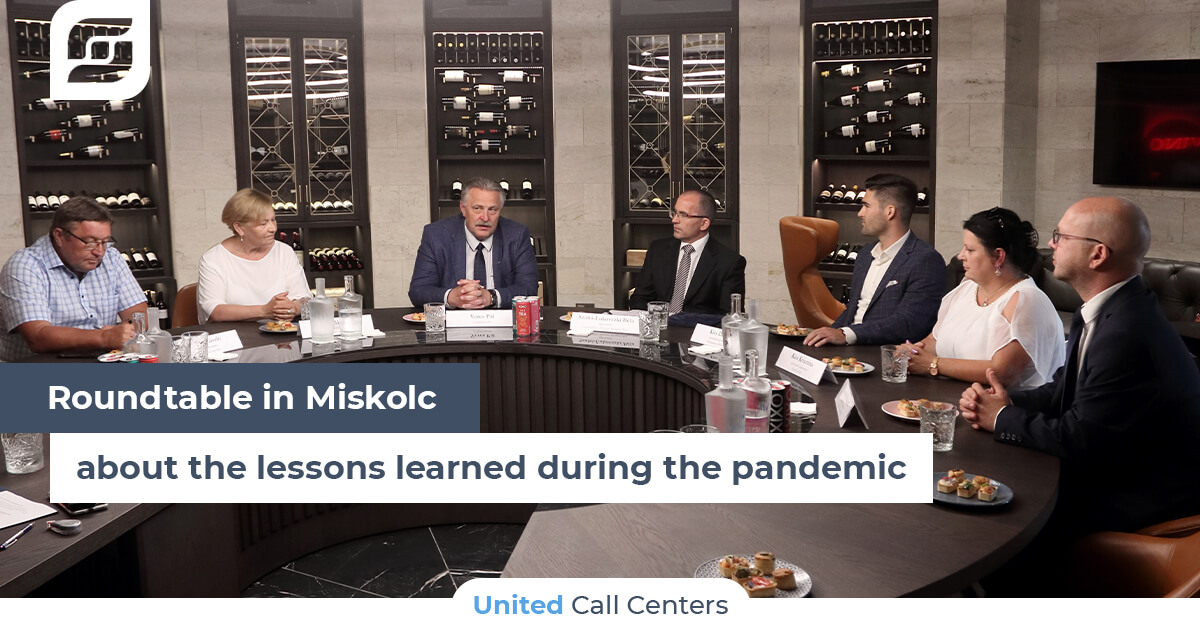 Representatives of local companies and enterprises were received by the Miskolc city government in a roundtable discussion to jointly review the economic situation in the region. How did local companies affect the labor market, the economic situation of the pandemic? Are improvements planned in the coming years, and if so, have they been affected by the epidemic? – the municipality of Miskolc discussed such and similar questions with the local companies that were represented at the last Tuesday round table discussion organized by the local authority.

Several sectors were represented, from the food and pharmaceutical industry to the automotive manufacturers. Managers of companies with many employees have appeared, such as Joyson Safety Systems Hungary Kft., Nestlé Hungary Kft., Chinoin Zrt., Unio Coop Zrt., and last but not least United Call Centers.

Food companies have reportedly been hit hard by the wave of epidemics, with a much heavier burden on those working in the sector. But instead of downsizing, they have decided in most places to move forward with improvements. As Richárd Kozma, managing director of United Call Centers told Minap.hu, the company he managed also reacted quickly to the situation caused by the pandemic, and the last few months have fundamentally transformed their operations.

“Our international business has had good experiences in working from home in the past. Based on this we were able to move about two hundred and fifty people to the home office in just three days last March, without causing any service gap to our partners. This measure appears to bring long-term changes to United Call Centers’ life. Our measurements among colleagues show that most of them really like the home office, and they would work that way in the long run. We support them to the maximum, as it’s a win-win situation. If our employees are happy, the work will be more efficient and the quality of the work will be better.” – said Richard Kozma, who added that their relationship with the Miskolc municipality has been good so far, he is confident that such negotiations will make the cooperation.

The mayor of Miskolc said that the city cooperated with local employers and the Borsod-Abaúj-Zemplén County Chamber of Commerce and Industry during the pandemic through the employment pact, which also contributed to the smooth running of protection measures and – although some sectors have undoubtedly suffered in recent months – the economy has not completely stopped.

“I am very confident that after these difficult months, an intensive phase of growth is now beginning. This was also facilitated by the roundtable discussion, where we listened to the plans of the companies that appeared, as we described our investments, development plans and ideas in the city” – said Pál Veres.

It is still an important goal that Miskolc and the region develop together (this was facilitated by another conversation that took place in recent weeks, where the mayors of the surrounding settlements talked to the mayor of Miskolc).

“This is the goal of the Northeast Hungary Economic Development Zone, which connects six counties and six cities with county status. By definition, we think primarily in Miskolc and Borsod-Abaúj-Zemplén, but after the completion of the M30 motorway, we would also like to strengthen our relationship with Košice. We are working to make Miskolc the next city that is developing at the same pace as Debrecen” – concluded Pál Veres.

The article was originally published on MINap Online. Text by Ákos Tajthy, photo by László Mocsári. Reposted version is authorized with kind permission of the author.