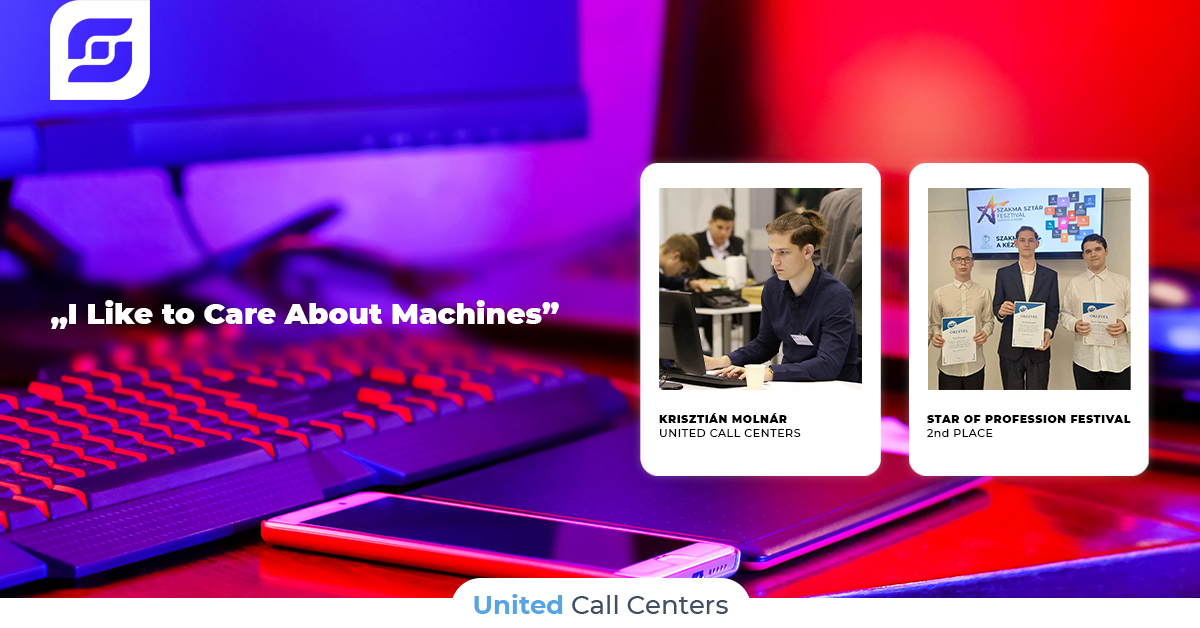 Krisztián Molnár shares his thoughts about his 2nd place at the Professional Star Festival, professional challenges and motivations

At the end of April, the Star of Profession Festival was held for the 15th time. The finals were held in three pavilions of the HUNGEXPO Budapest Congress and Exhibition Centre, where nearly 250 competitors competed in 65 professions. We are very proud that in the technical IT category, the young employee of United Call Centers, Krisztián Molnár, won the national second place. We interviewed him on this occasion!

How did you get to be one of the contestants in the Professional Star Festival?

I'm a fifth-year student at the Kandó Kálmán Informatics Technical School, majoring in technical informatics, and it simply happened that it was asked in the school if anyone wanted to enter the competition. I did. First, there was a regional selection round, where a total of 8 out of 150 entrants were selected to go through to the semi-finals, which were held at the BMSzC Bolyai János Technical College and Technical College. There we had to take a complete professional exam, on the basis of which the finalists were selected. In the final stage, everyone had a clean sheet, the only thing that mattered was how we did in the competition itself.

Can you explain, in a language that is understandable to mortals, the tasks you were given in the final?

The first task was, in a nutshell, network simulation and design. The way to think of it is that there are given devices, and the task is to design a trail: where to put the switches, the routers, the traffic controllers, and so on. This had to be done using a network simulation software called Cisco Packet Tracer. If I want to translate it more into kitchen language, there is a surface drawing, for example, we imagine an office with devices, PCs, laptops, and our job is to design and draw the cabling of these devices, which one belongs to which category, which bandwidth it will be able to handle and then in another software, based on the drawing, we had to implement the whole network so that all the devices work, see each other and can communicate within the network.

What is the basis for deciding how someone is ranked?

The question then is who implements it better and faster. This was the task of the first day, we were given five hours. On the second day, we were given the same amount of time to create a website based on a visual model, i.e. there was no description, we had to program it all. For this, we had two and a half hours, and there were additional tasks, Javascript programming and we had to calculate a delivery fee of different values, based on the basic fee and the number of hours started. I did these in just under 50 minutes, so I spent the remaining time eating, drinking coffee, and walking around the event.

In terms of prizes and recognition, what does it mean that you finished the competition in 2nd place nationally in your category?

We received various gifts offered by sponsors, but perhaps more importantly, being a finalist and placing in the university entrance exam is a huge bonus. The winners are guaranteed an independent score for two years, which means in practice that if I tell a university that I want to go there within that time, they will admit me immediately. That is perhaps the most important thing. The ideological value is the experience, the challenge because a national second place in a major professional competition also gives me confidence - it confirms that I am going in the right direction and that I might be doing something in the profession.

What motivated you to go into computer science?

My father worked in IT, and his brother worked in a computer company and once brought me a second-hand computer. The higher purpose of the second-hand machine was to get me going in that direction because for some reason it was constantly malfunctioning. So it happened very often that my father would go to work and I would regularly call him at work to ask him what he thought was wrong with the machine. He'd say something, I'd try it out, and then it would work. That's where it all started. Since then, let's say I’ve matured a bit.

It's totally understandable, and obviously a huge sense of achievement, especially as a child, to be able to fix something that people don't necessarily know how to fix. What else attracted you to it?

Computer engineering is a very diversified profession. Part of it is programming and website development, but you need to understand electronics, know what a diode or a transistor does, or the difference between NTFS, FAT32, and exFAT. Somehow I like to care about machines. If a notebook is dusty, I'll go get the compressed air spray and clean it, even if it's not part of the job. I wouldn't necessarily call what I do at United Call Centers a job, but more of a vocation, because the latter is what you call it when you love what you do.

Website design, also the front-end part of it. But obviously, I also do the back-end if I need to, both are necessary.

What do you like most about your day job?

Let's say I like to take an overall view of the whole thing. For example, I'm also interested in communication, I really enjoyed the soft skill training in that topic, because we can learn a lot. And within computer science, I'm happy to tackle any problem that needs solving. I always go inwards, as deep as possible, and I like to solve issues as soon as possible.

How much do you think the technology infrastructure defines the BPO sector?

The IT background is very important, it definitely has an impact on the customer experience because, if you only look at the surface, the voice quality of the calls can be a crucial point. We monitor these on an ongoing basis at a company level, fortunately with very good statistics - maybe one in ten thousand calls have this kind of problem. We have a really advanced technology background, and the secret is that we are constantly upgrading, making sure that we get the best equipment. And the attitude is very important, we have a performance-based selection of professionals, it's not a system of looking for a replacement for one screw, which is why I can be loyal to the company. When my interview was taking place, nobody asked for my language papers, we started talking about professional issues in English, which in this environment says a lot more.

What do you think is the biggest misconception or stereotype about IT professionals?

The "nerd" is not only a stereotype, but it's an existing character. A lot of people who become computer scientists are the kind of guys who, say, didn't have many friends as kids and instead discovered computers for themselves. I'm fortunate in that respect to be a bit of an eccentric, I have an extensive circle of friends, and in addition to my work and my profession, I strive to not digitize what I don't need to, but to experience as many things as possible in person. I much prefer to meet my friends and drink a beer together than chat on Facebook. But obviously, it's hard to get away from it all these days, even after a long day at work I sometimes sit down at the computer and build my website. 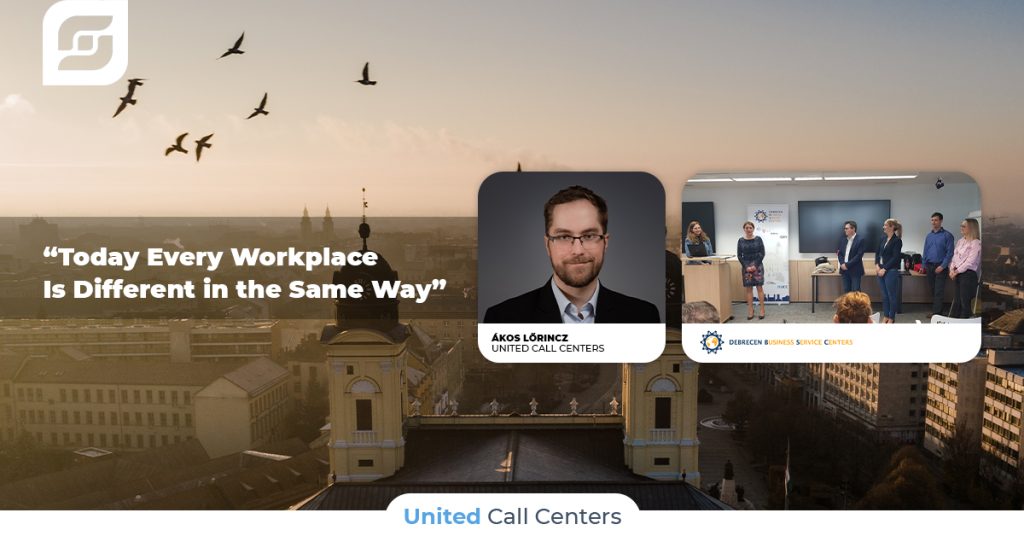