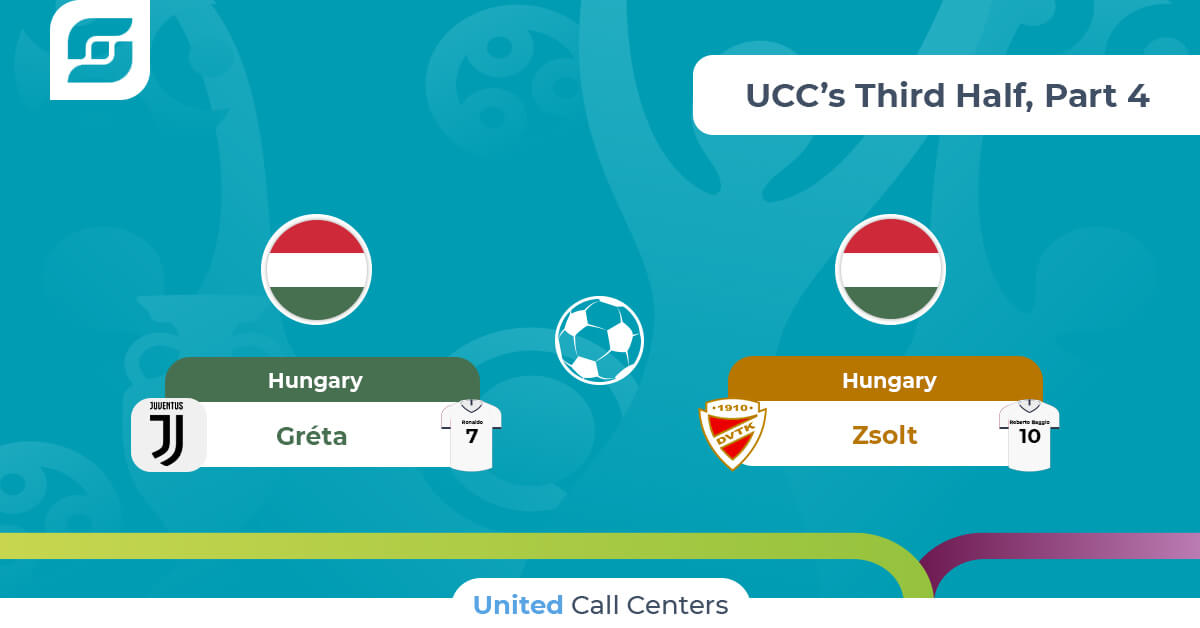 There is only the final left in this year’s UEFA EURO 2020 series. During the international tournament, which was held a year later due the pandemic, we could see a lot of good matches, it could even end with a nice draw or a dramatic penalty shootout. As the concluding part of our related mini-series, this time Gréta and Zsolt will talk about what this sport means to them.

What do you love in football, what gives its beauty?

Gréta: My father is a huge football fan and I have been watching football games with him since I was a child, so I fell in love with the game very soon. In my opinion, football brings people together, especially a European Championship or World Cup.

How do you cheer?

Zsolt: Like a madman.
Gréta:
Five years ago, we cheered on the Szinva terrace with family and friends. Luckily this year, I managed to get to the Hungary-France match, where I was able to support the Hungarian team in person with great volume.

It’s hard to tell what kind of experience as to be there, I could describe it as huge and unforgettable. The atmosphere was fantastic, the match itself was very exciting. After the goal of the Hungarians, as they say, the stadium exploded. Immediately after the goal, all I noticed was that we jumped up from the chair, everyone was jumping, shouting. It was almost unbelievable that the Hungarians took the lead! ? I am glad to have had such an experience.

Which domestic club do you support?

Which is your favorite international club?

Who is your favorite player from football history and why?

Gréta: My answer will be surprising: C. Ronaldo, I have great respect for him and hold him in high esteem as a person. It’s amazing to me how he handles the ball.
Zsolt: Roby Baggio.

If United Call Centers was a football team, what would be your position?

Gréta: I think I’d be a midfielder.
Zsolti: Goalkeeper.

You can read the previous parts of the miniseries here!

If you are interested in the everyday life, professional and other experiences of an international BPO call center company, sign up for our newsletter, in which we recommend our most interesting contents of United Call Centers’ Press Room every month!